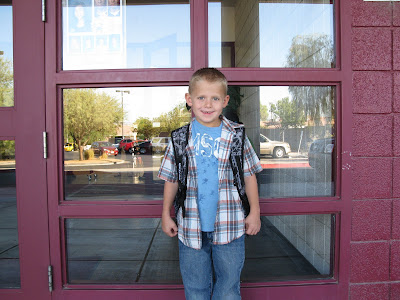 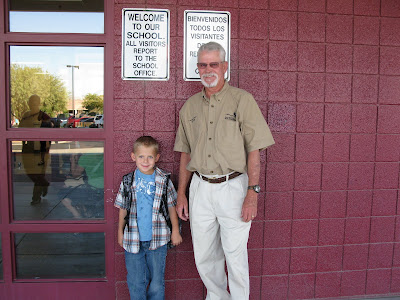 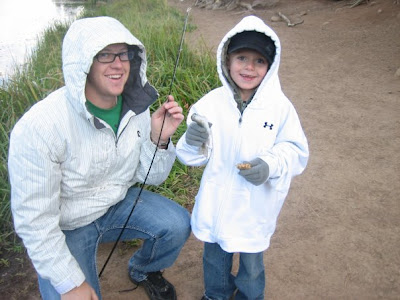 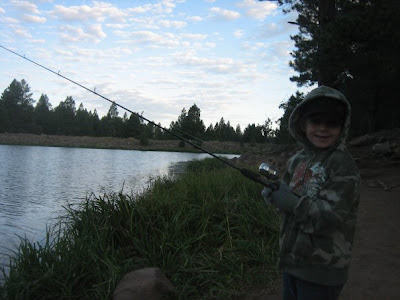 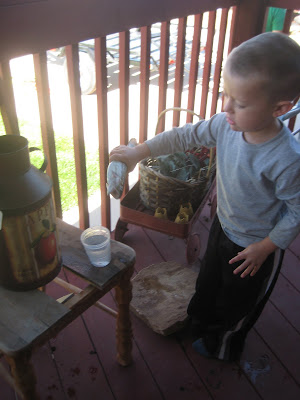 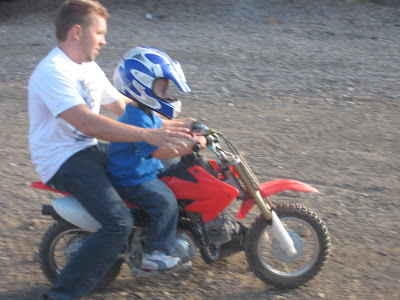 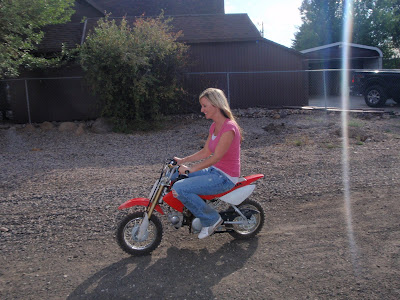 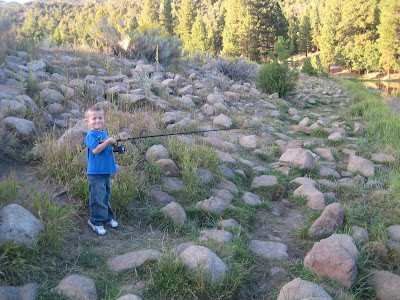 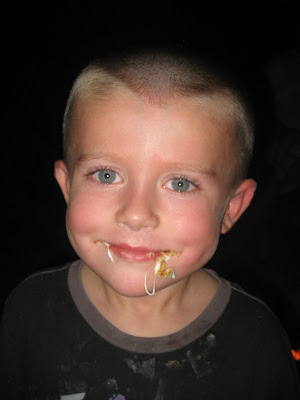 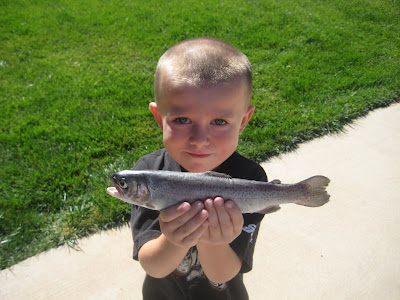 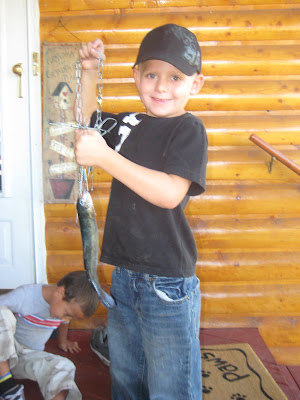 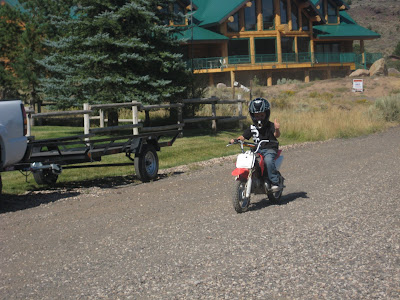 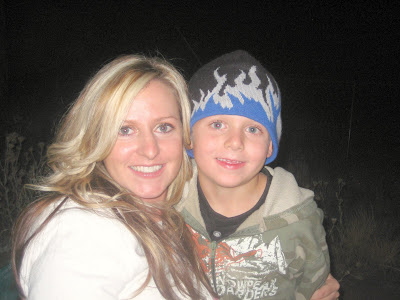 We went to Pine Valley and stayed at our friend's cabin with a bunch of great people and had so much fun! We squeezed in fishing, 4-wheeling, shooting, smores & a trip to the fruit stand in Santa Clara! Super fun! Wyatt just liked to "play" with the fish we caught and carried them everywhere. He named them and everything! Nick, Mason & Willie. Connor loved riding the little dirtbike they had (and so did I!) On the way home we stopped and picked out volcano rocks to take home and the kids are love them! I'm telling you....it's the simple things that make them happy!

Have you ever done something dumb???

Have you ever done something dumb..like have a battle of the wills with one of your kids? Like try to get them to eat something? You tell them you can't leave thier chair until they eat it. And they won't eat it. And you have to stick to your guns because you feel like you have to stick to what you said in the first place. And your child won't budge either?? WHY did I take on such a dumb situation? OVER A STRAWBERRY! The only reason I am writing this down, is so Wyatt & I can laugh at it years from now and say, "remember that stupid strawberry I made you eat?!"

He asked me to buy them in the store..they were on sale for only a $1 for a whole package. At dinner, he wouldn't eat any. He's never had any. He says he doesn't like them, but has never had any. This time I said, "you need to give it a chance & at least try it". No go. I said you can't do anything else until you try one. He won't. Connor goes to bed. I want to go to bed. Wyatt wants to go to bed. No go. He's screaming and throwing a fit FOREVER and I finally get a blanket and lay down on the floor by him. I'm not giving in. DUMB! I'll just say that a very late hour finally comes around and Wyatt asks for a new strawberry (since he smashed his with his fist), he tries it and liked it. We went to bed, exhausted. The end.

Brooke
I enjoy making it through the day.